Yes, you read it correct! Elsweyr, the homeland of The Elder Scrolls’ universe’s cat folk, is coming to ESO June 4th. And with Elsweyr – DRAGONS (or, technically, wyverns as the creatures we were shown have 2 legs and a pair of wings, but it’s still something). As Bethesda and Zenimax announced – the new story arc will be presented in pieces throughout the whole year and therefore the year 2019 is called The Season of The Dragon.

I’ve already mentioned that I absolutely love The Elder Scrolls Online cinematic trailers and it’s the same case with the newest Cinematic Announce Trailer we got for Elsweyr.

I still remember watching it during the chapter announcement Livestream and the moment Abnur Tharn appeared – I, and many others, was convinced for a moment this time it’s an actor in the trailer, not CG. I could also talk a lot about how I love the details in the video or about the amazing job the animators did on the Khajiit’s face that shows so many emotions and expressions and yet still remains feline. But it still wouldn’t express how much I love the quality of the animation in the trailer.

I think it’s quite interesting and worth mentioning, that we only got this short trailer but the playerbase already fell in love with the female Khajiit from the it. It seems she’s quickly becoming one of the community’s beloved ESO NPCs, but only time will tell if she stays in the pantheon of most loved characters in the game or not.

What about the “To be continued” part of the trailer though? As I’ve already said, it’s not only a single chapter announcement actually, but the whole arc’s. There will be four major ESO updates in 2019, one for every quarter of the year and for each we’ll get a new trailer! How awesome is that?! Unfortunately though, Elsweyr will go live not in the first, but in the second Quarter. And below you can see a (very) general time frame for the Season of the Dragon updates: 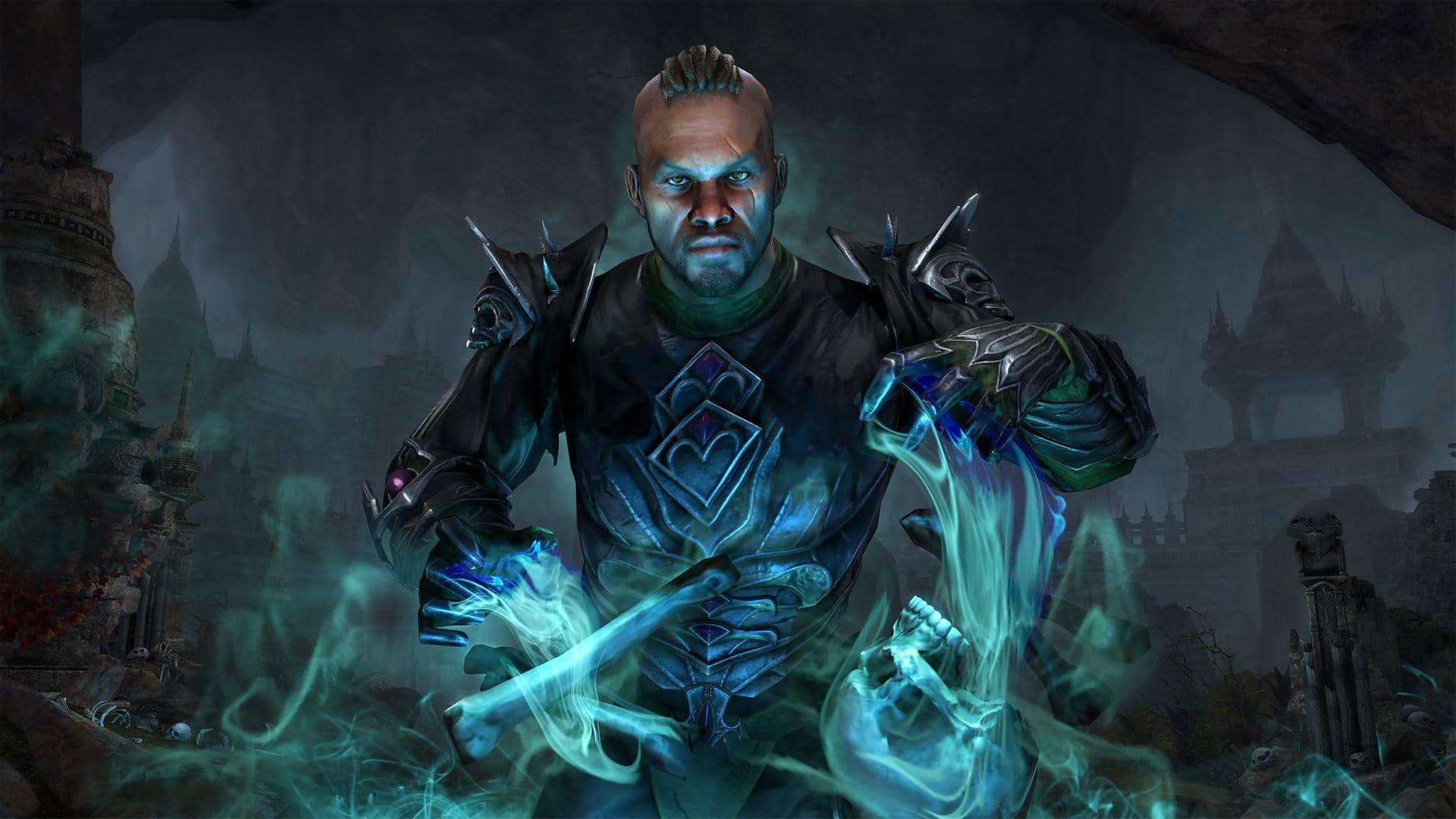 A big and already very awaited feature that will come with Elsweyr zone and its story chapter is a new playable class. And a very interesting one at that because using it is forbidden in the most parts of Tamriel. Could you already guess what class is it? No? I’ll give you a hint then: it starts with “N” and ends with “ecromancer” 😉 That’s right, we’ll be able to play the infamous Necromancer class starting this June. I’m very curious about it, especially considering the fact that in ESO every class has the potential to deal damage, tank or heal. Or mix and match all the roles. I personally can’t wait to create my Necromancer healer.

Some of the other announced features I’m waiting for is Zone Guide that in the shown previews looks similar to the Guild Wars 2 zone completion statistics but will also tell you where to go next to meet the quest-giving NPC if you have some quest missing in the zone. I think it’s one of these not essential, but very useful and player-friendly features that every modern MMO should have. Another feature I’m very interested in is Guild Finder – an update to guilds system UI that will let you look for a guild according to your preferences in game. Now this is a feature that I was very surprised it didn’t even exist when I started playing ESO. I think if you want to join a guild inside a game, browsing the available guilds outside of this game shouldn’t be the only option. Sure you can ask on chat but it’s definitely not effective. I really like it that Elder Scrolls Online is step by step getting all the “fancy” features that will make life in the game easier.

The first part of ESO’s The Season of the Dragon, Wrathstone DLC, is currently available to testing on PTS. It brings a lot of new things to the game, such as (but not limited to):

Additionally, the newest update on the Test Server introduced the new upcoming ESO Anniversary Event that will be a bit different from the previous ones this year due to the milestone of the game reaching 5 years of running. You can read details of the changed Anniversary Event on ESO PTS forum.

Phew, that’s a lot of new stuff to wait for throughout the whole year! It’s been a while since the announcement but my PTS is finally finishing updating so I’ll be able to test some of the new features!

As for the live server… 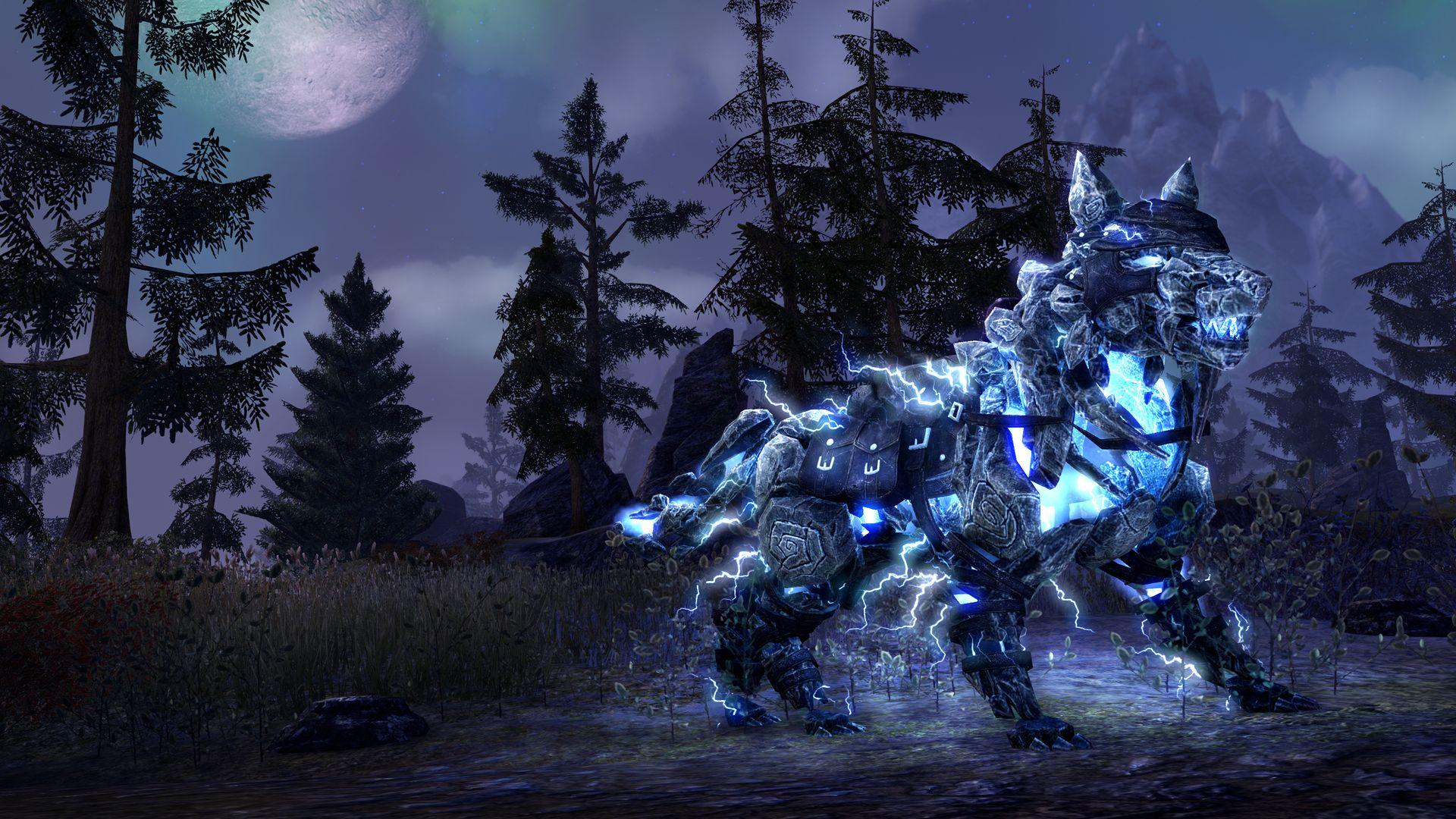 This month (February) you can get this cute little piggy pet if you gift your friends! The rule is: you have to gift at least 2 different accounts on the same server and the sum of the gifts has to be 1000 Crowns. To gift someone go to Crown Store in game and when purchasing an item be sure to check “buy as a gift” option. Then you’ll be able to choose who you’d like to send the gift to.

Also, the Storm Atronach crates with some very cool rewards are back in the Crown Store *wink, wink* 😀