It’s only Thursday and we already got 2 interesting news from Bless Online developer – Neowiz.

Several days ago the dev posted a new lore blog post on Steam that explains what are the two factions of the game, what races are allied in each faction and what is the reason of their conflict. As in any good story there is no “goods” and “bads” – there are just two sides of the conflict, each with their reasons – just like in any war.

The comments on the factions are varied, even though it seems most people sympathize with Union, the more progressive faction that want to bring changes to hierarchy and social structure to, in their opinion, make world a better place. One particularly interesting comment for me compared Union to Germany in WW2 because of the revolutionary intentions, while Hieron, the Holy Alliance, wants to bring peace to the world. As a citizen of Poland I see it comepletely the other way. Poland was taken apart by several countries for over 120 and wasn’t even shown on maps anymore, so freedom and a resistance from being told how to live is an important part of Polish culture now. So I do understand Union races doing anything to not be under Hieron’s rule, that’s disguised as just keeping the peace and order, anymore. On the other hand I’m a pacifist and I’d love the world to be a peaceful place and people just generally being good to each other. And I also think (at least some) traditional values should be kept in the society. That’s why I’m still undecided on which faction I’ll choose to play (and because you won’t be able to have characters from 2 factions on one server it’s an important decision to make). The races allied in each faction are also all interesting so it doesn’t help me much in my decision. The only thing that helps me is the playable Bless classes – some of them are race locked. But the class I’m waiting for the most won’t be released neither with the game’s release, nor even with Early Access, so the race and faction choice is still a struggle for me. Hopefully after reading more or Bless lore I’ll be able to take my decision.

Yesterday on official Bless Discord there was another interesting news announced. About a month ago the devs posted on Bless Facebook an invitation to voice crowd and background characters. You had to record your voice with sound recording software of your choice and send the file(s) to the devs on Discord and… that’s it. Yesterday we got a list of people who got in and will be officially a part of the Steam Bless release! Congrats everyone! (I have to say though, I’m especially proud of my friend who got in, Fayme, who is also a streamer, artist and animals rescuer) 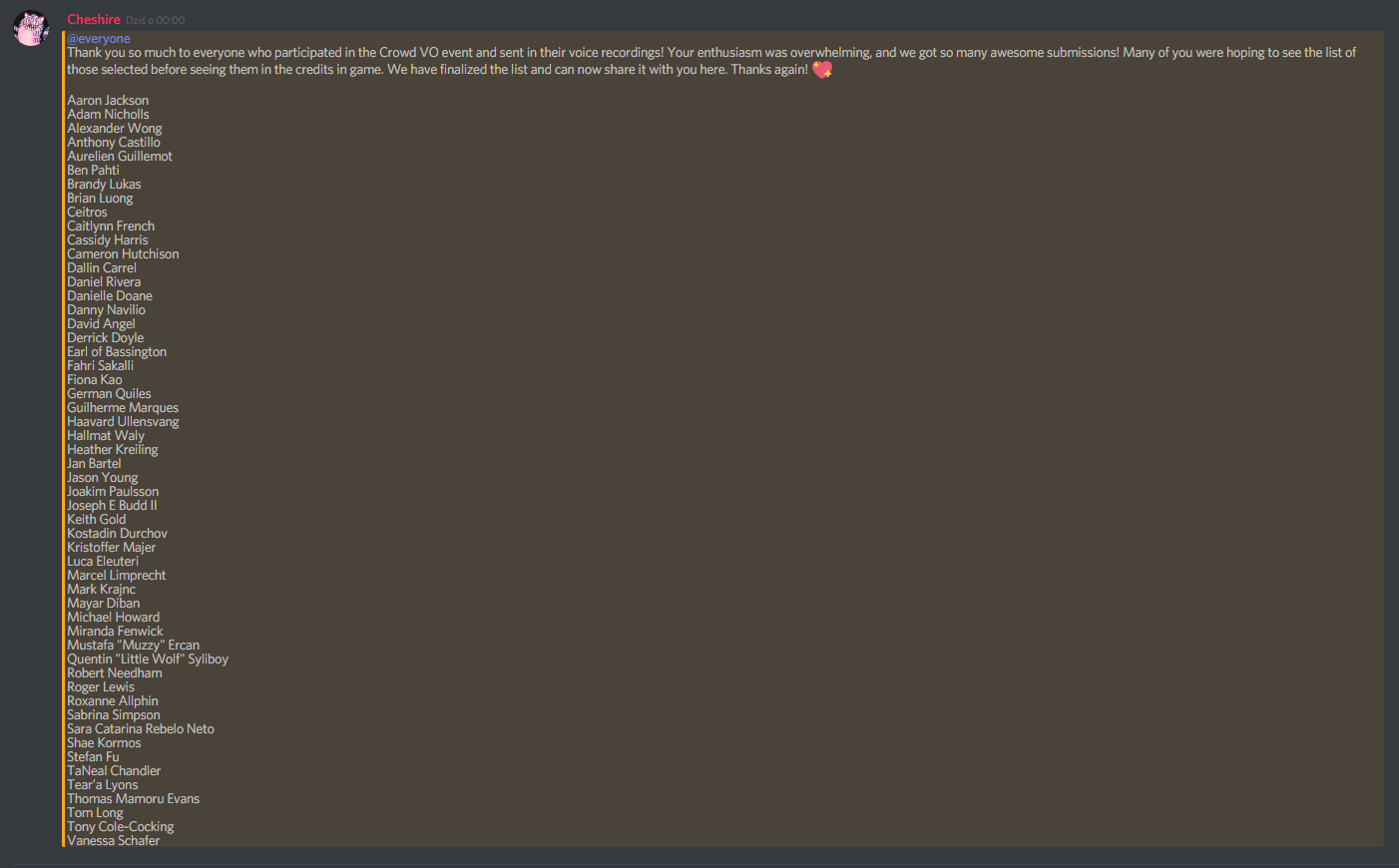 What I got in was Elder Scrolls Online: Summerset beta testing which was a huge thing for me. I was super excited and extremely proud when I saw the email with the invitation. Not to mention that I’m very happy that I’ll be able to write about my beta testing here on the blog. 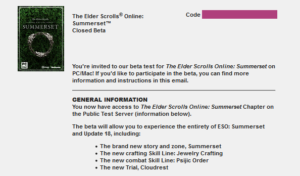 In this first beta testing post though I will only be able to say that with the update 18 to Public Test Server (PTS) which comes along with Summerset (and brings some exciting features I CAN’T WAIT to test) came also a huge lag to download. Some players (including me, unfortunately) are just not able to download the new PTS update because of several errors and bugs: very (VERY!) slow downloading speed, a sudden download reset and Content Write Error that prevents the patch from being installed even if it fully downloads. The PTS forum posts suggests a lot of players experienced these problems, but apparently there was some hot fix applied that indeed fixed the errors, at least for some people. I hope I’ll get to play the beta ESO soon too so stay tuned for more information on that!